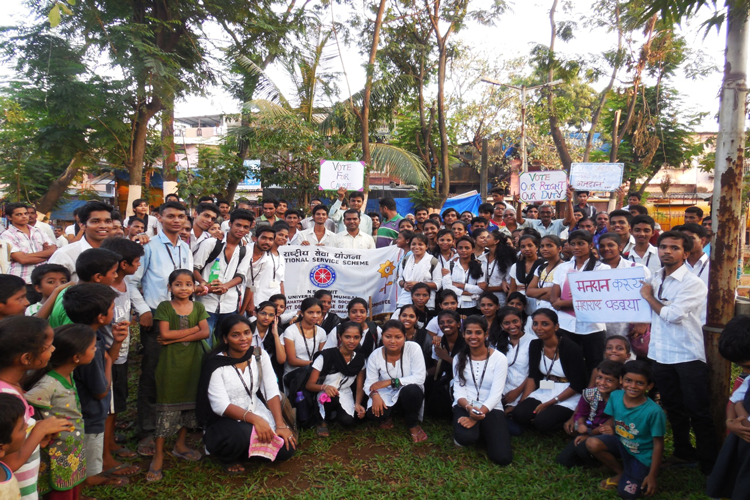 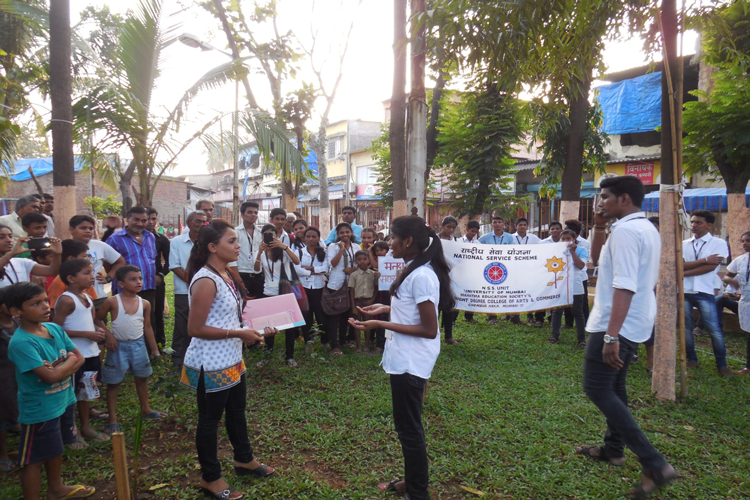 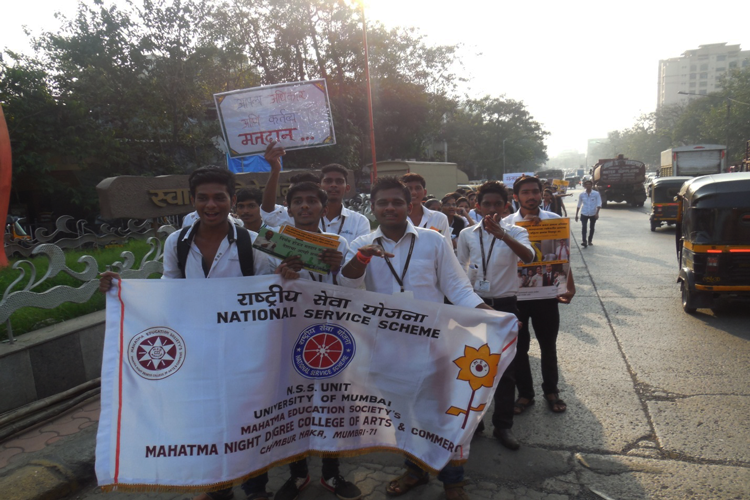 The NSS unit of Mahatma Night Degree College organized a ‘Blood Donation Camp’ in association with Nair hospital blood bank on 12th September 2014, Friday. A wide propaganda was given in this regard through posters supplied by Nair hospital.

The officials reported at the college campus with required equipment lead by Mrs. Prabhu Madam from Nair Hospital. The equipment was fixed in the temporary clinical area arranged on the ground floor. The NSS leaders were present well in advance. Some volunteers were posted for registration, primary data collection like value of hemoglobin, weight and other health details.

Donors came in queue for the primary formalities and then proceeded to blood donation. After receiving blood they were given snacks and advised to rest.

By 8 p.m. 61 units were collected from eligible students, staff members and outsiders. The officials appreciated the NSS volunteers and programme officers for their all support.

‘Global Warming’ has become ‘Global Warning’ for human beings. The ‘Tree Plantation’ a need of the hour is one of the major activities of the NSS activities conducted every year and supervised regularly. The NSS unit of our college organized tree plantation in the college campus. The program officers demarked 10 places for the plantation. The students were allotted equipment for digging. A group of 4 volunteers was formed and was also entrusted with the task of taking care of and of reviewing the saplings periodically.

All the teaching staff took active part in the tree plantation program.

As a joint venture the NSS unit and NCC unit of our college and Anti Narcotics Cell Zone 6 Mumbai, organized a special awareness drive on 26th June 2014, Thursday in connection with ‘World Anti Drugs Awareness Programme’.

After the formal inauguration by lighting the lamp, one of their spoke persons narrated the objectives of the session in brief. There was a short film screened on how the youngsters are fascinated to drugs and gradually how they become addicted and in turn spoil their career and lives. The movie was well edited and directed by the department. The students were found keenly listening to each dialog emotionally and they could not simply move away without taking a pledge that however they would not allow themselves to be addicted to such drugs at any stage of their lives.

The police officials requested the students to cooperate with them in totally in eradicating this threat by identifying the carriers and the consumers at large. The officials also remarked that police department alone cannot solve this problem at the grass root level. 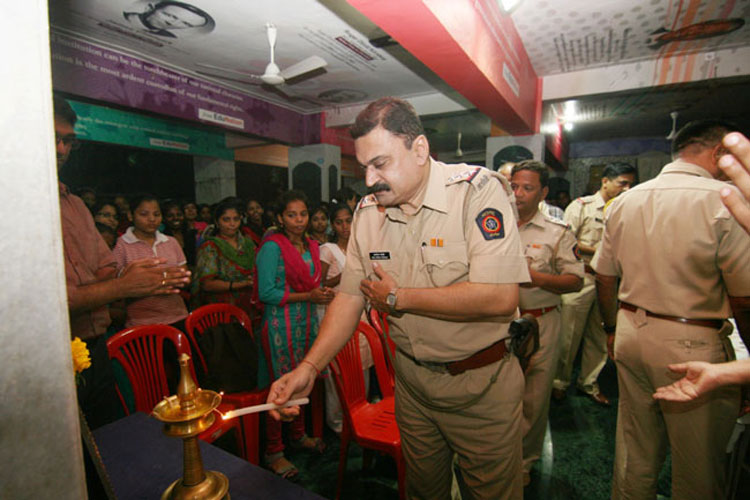 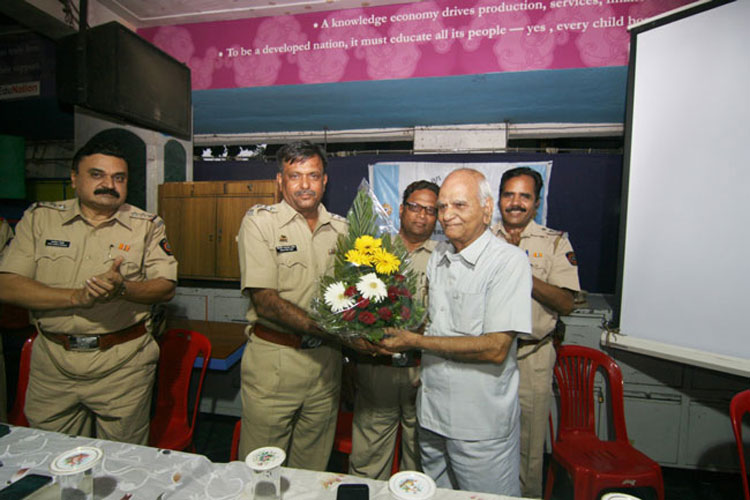 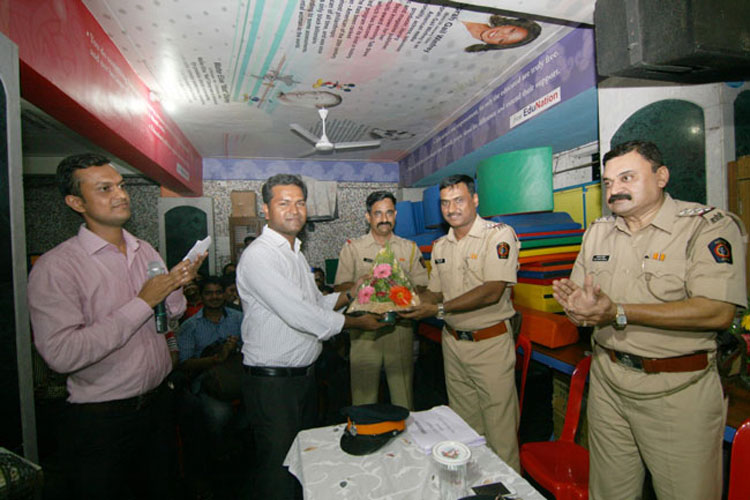 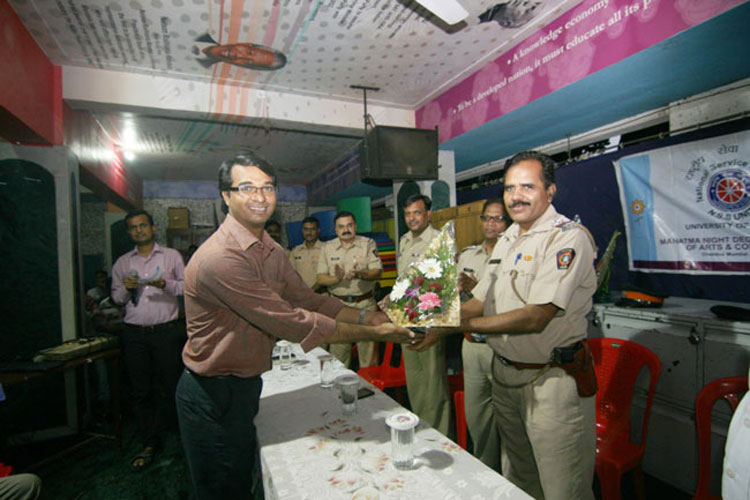 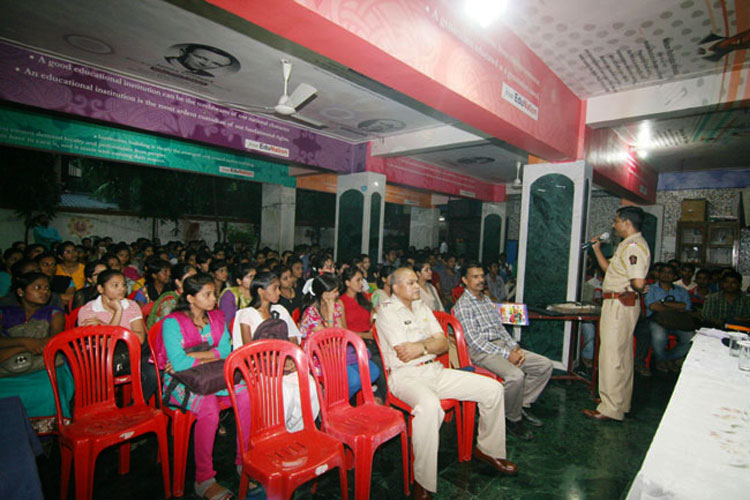 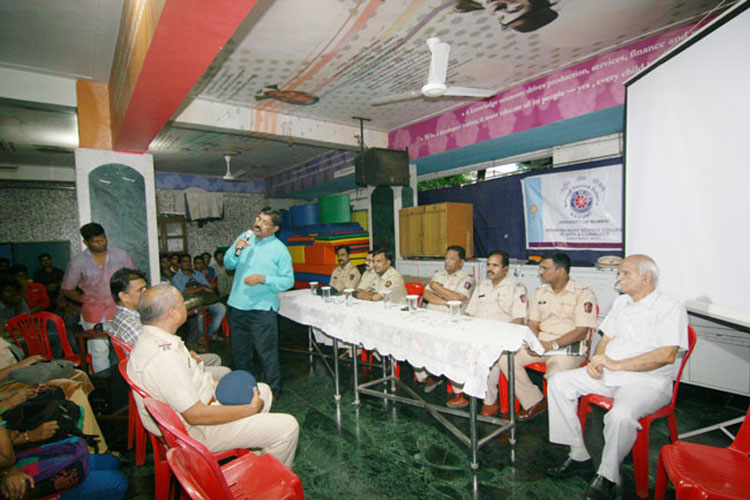