A Study Tour was organised for the students of Mahatma Night Degree College of Arts and Commerce to visit the RBI Monetary Museum, Fort with an objective to study the evolution of money. 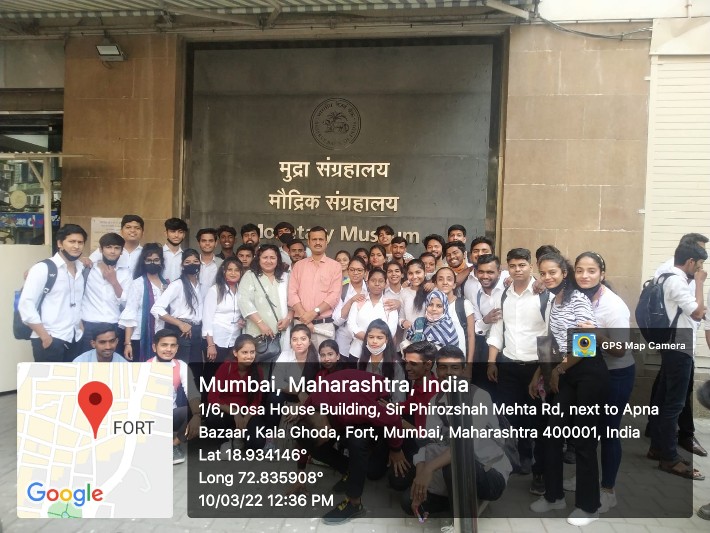 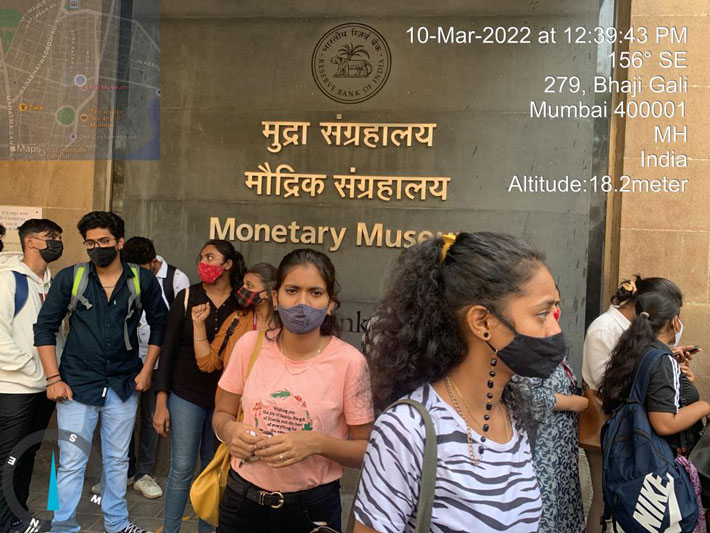 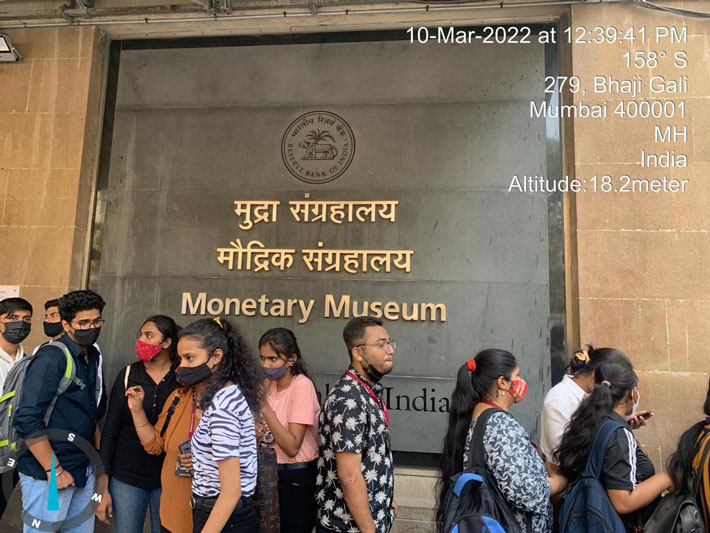 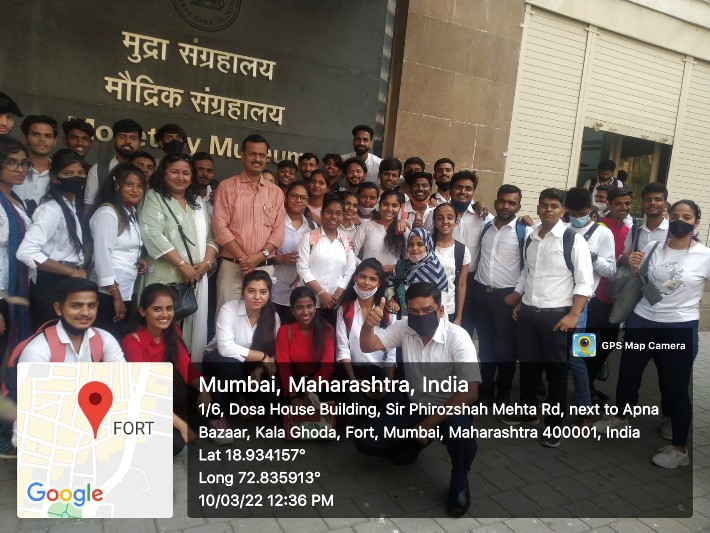 The students and teacher coordinators assembled at the RBI Monetary Museum gate at 10.45 a.m. Two groups of 25 students each were formed. The first group was taken to the audio visual room to see a documentary on the evolution of money. The second group was taken to the museum to study the artifacts and understand the evolution of money. As the audio visual system was out of order the curator of the museum assembled all the 50 students in the museum and interacted with them. He asked them questions about money and its features. The students answered correctly and confidently. The evolution and history of money was traced right until the demonetisation period and the issue of the new currency notes in India. The students were engrossed in the interesting discussion.

After this talk the students lined up to study the artifacts in the museum. They were amazed at the manner in which money evolved right from the barter exchange system, commodity money, metallic money, coins and currency notes and plastic money. The measuring system, metric system were also on display and well explained. The RBI Monetary Museum study tour experience was thrilling and the students learned immensely. Money as a universal medium of exchange and measure of value was clearly understood.

A group picture was taken at the end of the tour and the students returned with notes on paper and notes in memory of the interesting facts learned. The students thanked the Department of Commerce and Department of Economics for arranging this study tour.

Talk on Investment Outlook 2019 at BSE

Mahatma Night Degree College of Arts & Commerce received a special invitation from Bombay Stock Exchange Brokers Forum for a Talk on “Investment Outlook 2019” by eminent personalities from the industry on 13th December, 2018. Principal Dr. Padma Rangan accepted the invitation and sent 30 students along with Asst. Prof. Harsh Shukla from the Department of Economics at BSE. They reached the venue at 4 p.m. Dr. Aditya Srinivas, Chief economist of Bombay Stock Exchange Brokers Forum welcomed the gathering and invited Managing Director and CEO of Motilal Oswal Asset Management Company, Mr. Ashish Sommaiya to speak on equity market. Mr. Sommaiya explained the current situation on India stock market and explained the future course of action in stock market keeping in mind the General Election 2019. Thereafter Mr. G. Chandrashekhar, a commodity market expert introspected the present, past and future of prices of various commodities in the world market and its impact on India. The last two speakers put forward there ideas and thoughts about currency market and reality sector. The present group of speakers was a part of great think tanks of the industry. Students themselves felt so lucky that they got an opportunity to listen to them. After the end of the session students took a group photograph with Dr. Aditya Srinivas. 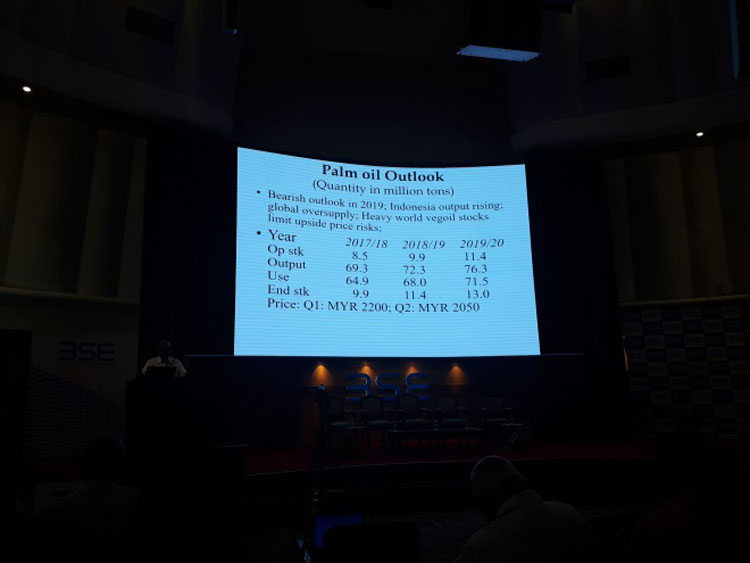 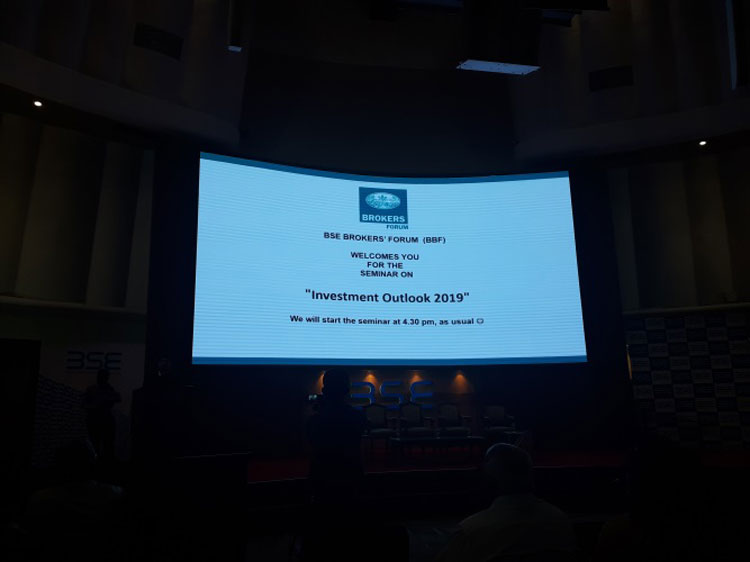 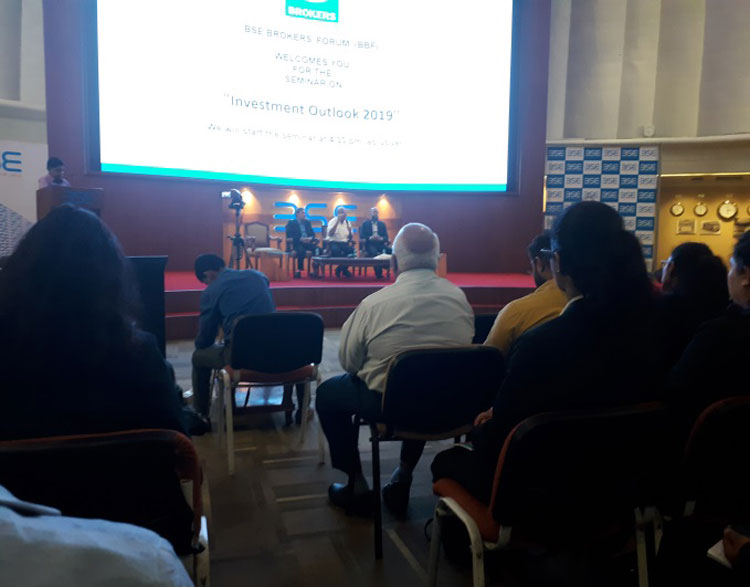 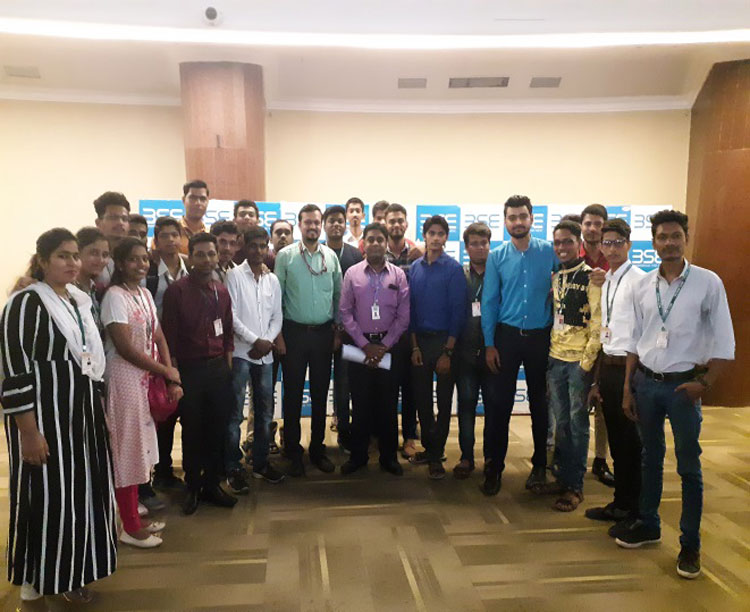 An Excursion to the RBI Monetary Museum

The Commerce Department of the College along with the Law and Economics Departments organized an excursion for the F.Y.B.Com. and S.Y.B.Com. students of Mahatma Night Degree College of Arts and Commerce, Chembur, Mumbai, to the RBI Monetary Museum on Friday 6th April, 2018 at 10.30 a.m. Address: RBI Monetary Museum, Reserve Bank of India, Amar Building (Ground Floor) Sir Pherozesha Mehta Road, Fort, Mumbai 400 001.

The objective of the excursion was to understand the evolution of money. 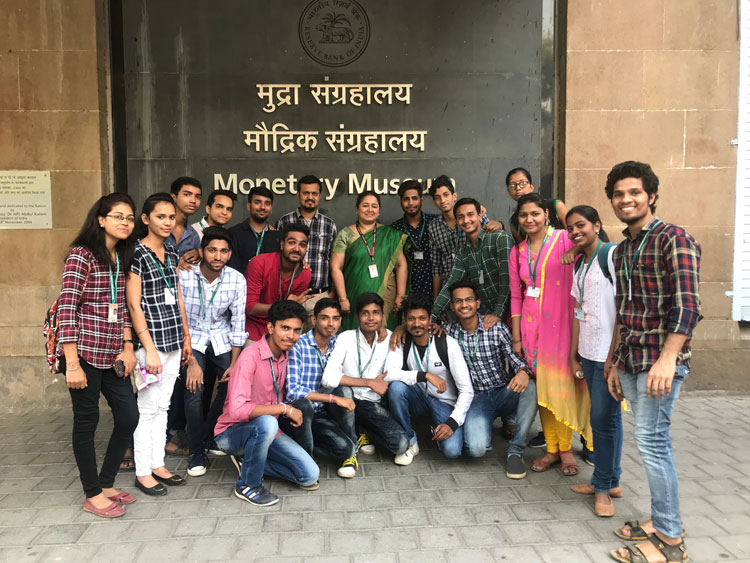 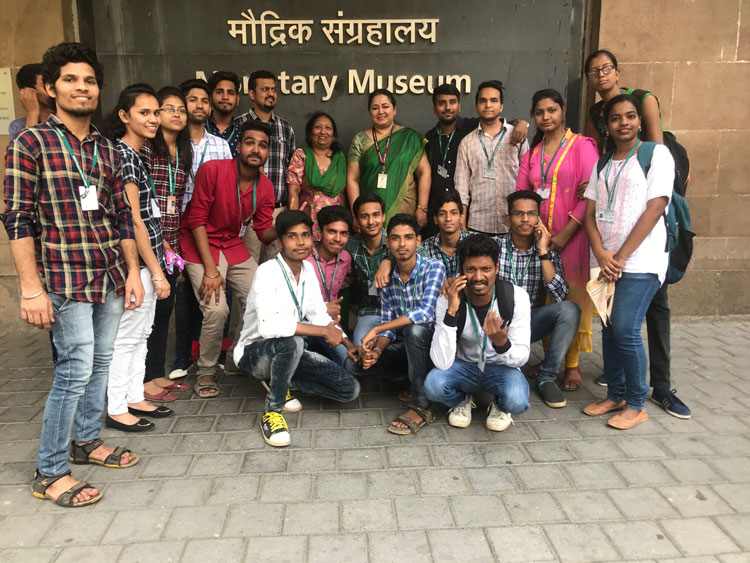 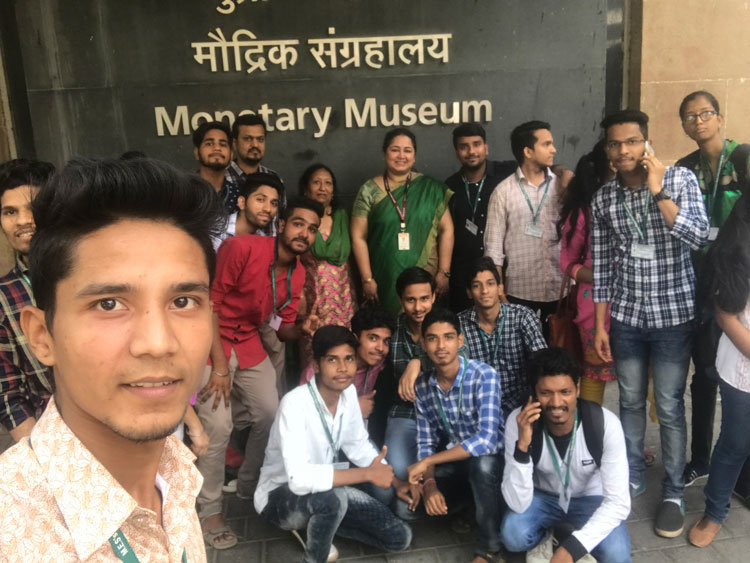 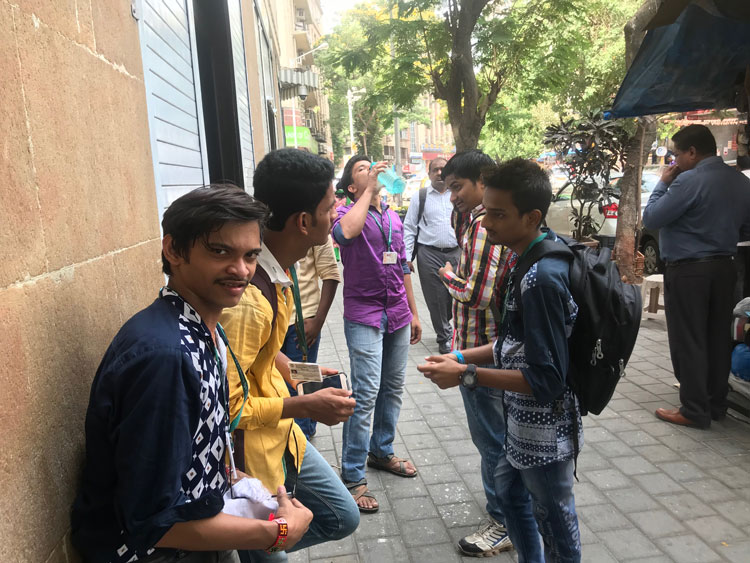 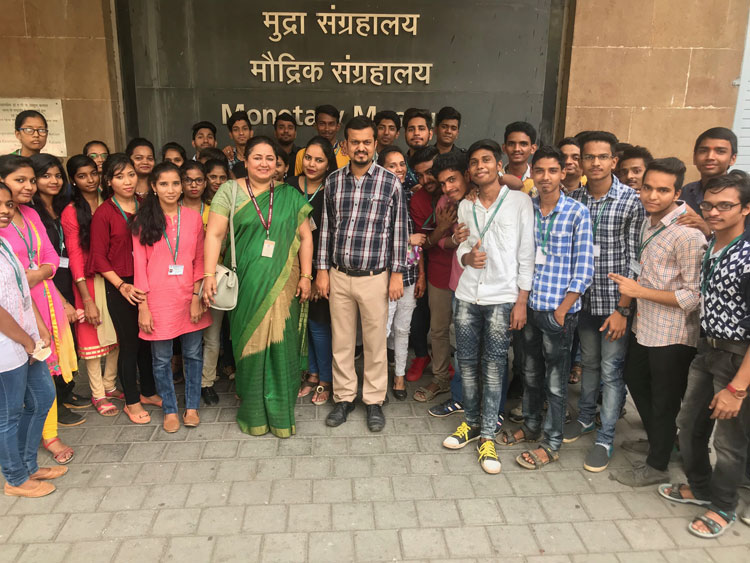 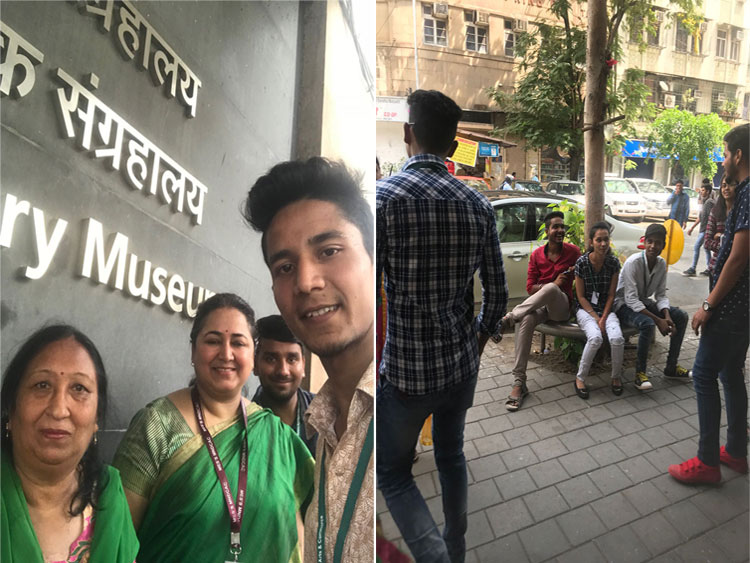 The students responded enthusiastically. In the morning of 6th April, 2018 at 10.30 a.m. there were 74 students and three teachers lining up to enter the RBI Monetary Museum. The bags and belongings of the students and teachers were carefully put away in the lockers provided by the museum authorities. We were then guided into and audio visual room and seated comfortably. The curator of the Museum Mr. P. V. Radhakrishnan introduced himself and give us an outline of the RBI Montary Museum. He interacted with the students and asked them several interesting questions. Questions regarding demonetization, counterfeit money, introduction of money in the year 1770 and its role in society today. The students answered well and were eager to know more about the history of money. Curator Mr. Radhakrishnan was happy to meet the night college students and was impressed with their knowledge and enthusiasm to learn about money.

The talk was followed by a fifteen minute documentary about the history of money. The students watched spellbound. After the documentary they were excited to walk into the museum to actually see the coins and currency display. As they walked by the artefacts they noticed that the RBI logo was inspired by the East India Company emblem which appeared on coins during the British rule. The picture of the lion has been replaced by a tiger, a better representation of India. The photographs of all the Governors of the RBI showing the first two British Governors Osborne Smith and James Braid and the third one being RBI Governor C. D. Deshmukh was information that excited the students. The students were surprised to see negotiable instruments such as hundis, promissory notes and bills of exchange. The look, feel and the text on these negotiable instruments reflected the pulse of the business community in the then period. On display were commodity money, coins, paper currency and plastic money. It clearly showed the evolution of money down the ages until now. The museum assistants were eager to answer questions that students had and even participated in their discussions sharing their excitement.
The students spent long hours reading and enjoying the information in the museum. The excursion concluded at 2.00 p.m. Attendance was taken and the students and teacher left with gleaming eyes rich with an experience that they will remember for a life time.

Summarising the experience the students described the RBI Monetary Museum as a place where the story of the evolution of money comes alive. From the age-old system of barter exchange and the emergence of coinage to the modern day innovations in money. Here we come face to face with India’s rich monetary heritage.

Money is an intrinsic component of the cultural heritage of a country. India was one of the earliest issuers of coins in the world and has been home to many-a-monetary experiments recorded in history.
The Reserve Bank of India as the monetary authority of the country has initiated the documentation and preservation of this rich and varied legacy. The Monetary Museum at Mumbai is the first of its kind in the country. It has also been envisioned as a window to the Reserve Bank’s outreach programmes.

Today the museum has a representative collection of over 10,000 exhibits of Indian coinage, paper currency, financial instruments and monetary curiosities. Given the vast canvas, over 1,500 exhibits on display provide a ringside view of the birth of currencies, their growth and the emergence of modern day money.
The museum timings are Tuesday to Sunday 10.45 a.m. to 3.15 p.m. The museum is closed on Mondays and Bank holidays. The entry to the museum is free. For group bookings and guided tours we need to contact the Curator to make advance reservation. The RBI Monetary Museum is located in the ground floor of Amar Building, adjoining the RBI, Fort, Sir Pherozesha Mehta Road, Fort, Mumbai 400 001.

Mahatma Night Degree College of Arts and Commerce has been Accredited by NAAC with a CGPA of 2.89 on a seven point scale at B++ Grade valid for a period of five years from 30th October, 2017.