Mahatma Night Degree College of Arts and Commerce has successfully completed third batch of “Certified GST Tally Expert Course”. Total 25 students were enrolled for the above course. All the students have successfully completed the course. Therefore the Principal of the college has decided to felicitate and congratulate them, so the Valedictory and felicitation programme is arrange on 15th December, 2018 at 7.00 p.m. in the college campus. The chief guest for the programme was Mr. Sandeep Malusare sir who is the Director of Satyam Institute.

As an acive member of the Life Skill Programme organized by the Youth Wing of CMCA Childrens Movement for Civic Awareness, for the S.Y.B.Com. Student of MNDC, Wajid Ali Shah took the initiative to help six girls in his neighborhood get back into school under RTE Act. He was honored with a medal recognizing his act as an Active Citizen in the CMCA’s Annual programme Inspiration on 4th August, 2018 in Birla Matoshree Hall, Marine Lines. 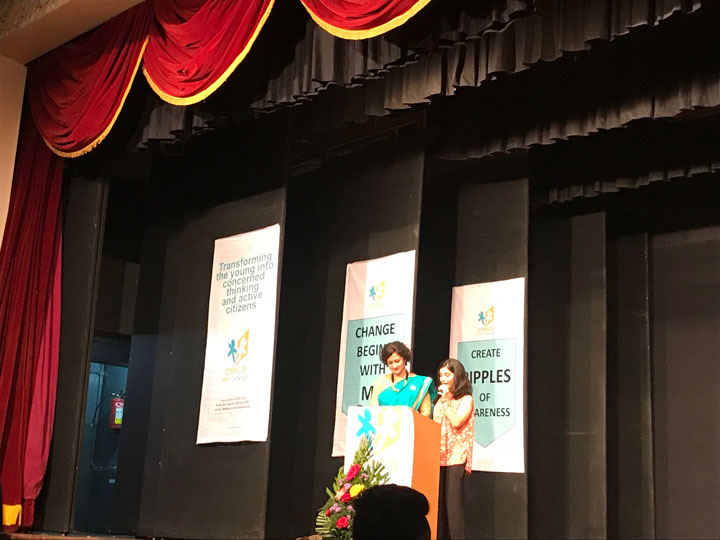 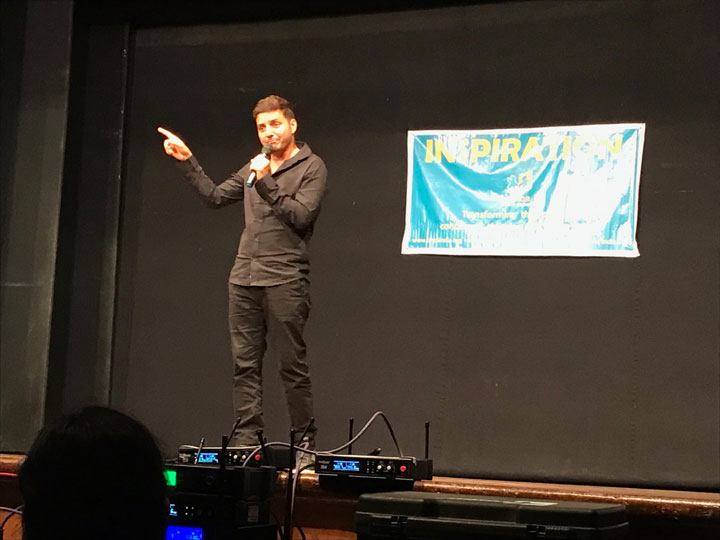 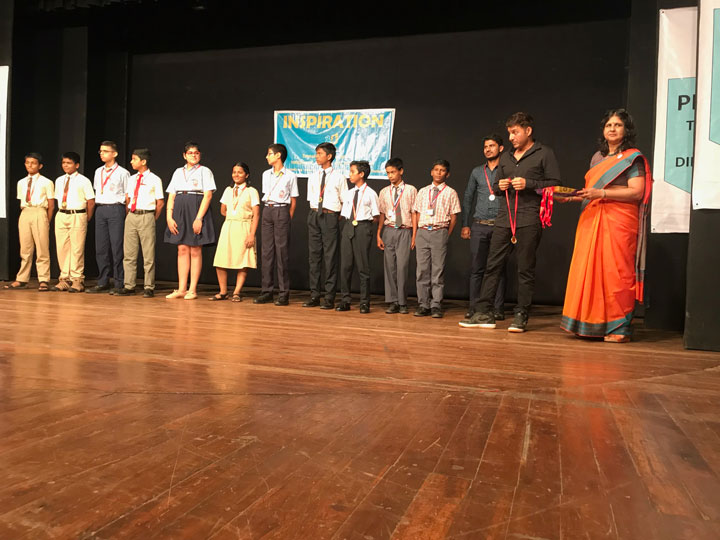 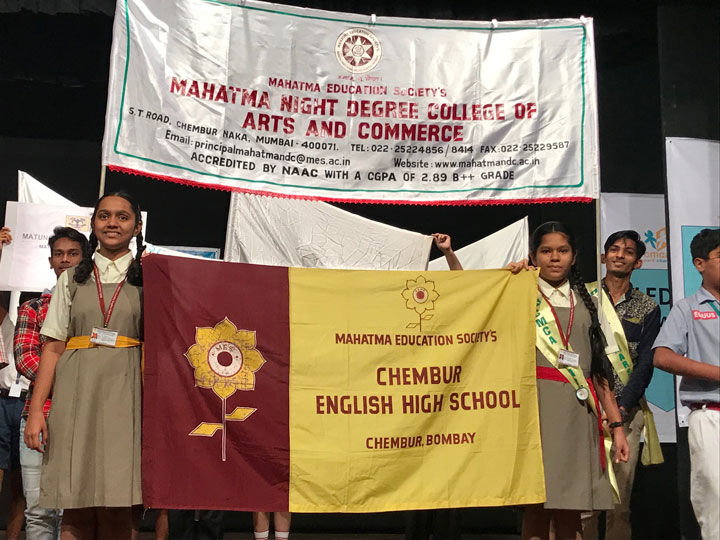 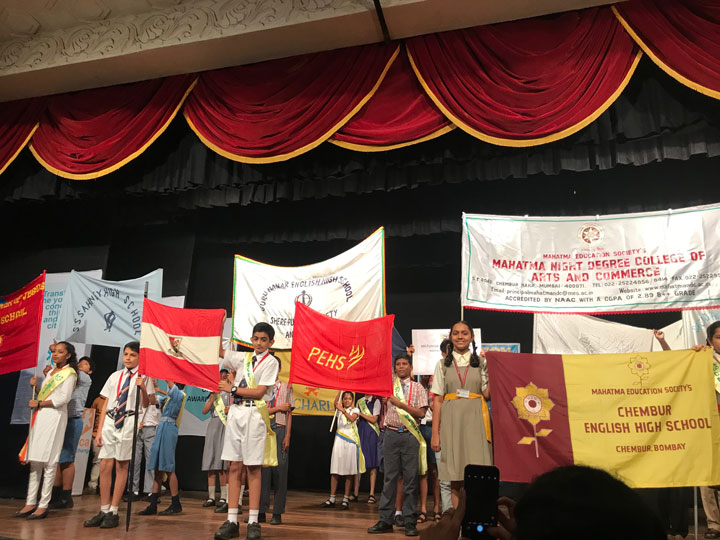 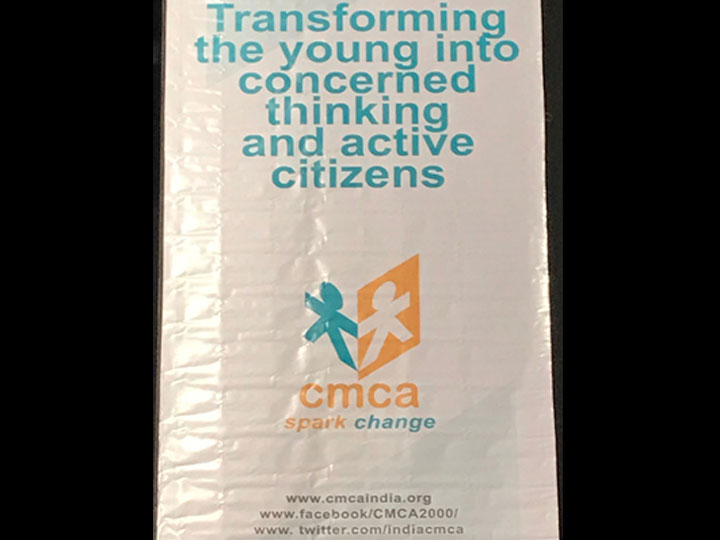 Mahatma Night Degree college students participated in the programme. Ten students from T.Y.B.Com. were accompanied by Associate Professor and H.O.D. of Commerce Dr. Lata Krishnan and CMCA Life Skills Tutor Ms. Brinda Ganesh to reach the venue at 9.00 a.m. sharp to get ready for the flag march.

The gathering comprised of school and college students who presented skits, songs and speeches showcasing the initiatives they had taken during the year to solve problems they faced in the society around them. The event included a Flag March and an Oath taking ceremony on the stage, by all the children representing their schools and colleges with their respective school flags.

The Chief Guest for the event was Afroz Shah (About the Chief Guest)
Afroz Shah, a young Indian lawyer from Mumbai, is synonymous with the world’s largest beach clean-up project.

In October 2015, Shah and his neighbor Harbansh Mathur, an 84-year-old who has since passed away, were frustrated with the piles of decomposing waste that had washed up and completely overwhelmed the city’s Versova beach. Determined to do something about it, the pair started cleaning up the beach themselves, one piece of rubbish at a time.

Every weekend since, Shah has inspired volunteers to join him – from slum-dwellers to Bollywood stars, from schoolchildren to politicians. They have been turning up at Versova for what Shah calls “a date with the ocean”, but what in reality means labouring shin-deep in rotting garbage under the scorching Indian sun.

So far, the volunteers have collected over 4,000 tons of trash from the 2.5 kilometre beach.

Shah, who rallied residents and fisherfolk by knocking on doors and explaining the damage marine litter causes, now plans to expand his group’s operation to prevent litter from washing down the local creek and onto the beach. He also wants to clean-up the coastline’s rubbish-choked mangrove forests, which act as a natural defence against storm surges, and to inspire similar groups across India and beyond to launch their own clean-up movements.

Shah is deservedly proud of the Versova residents’ accomplishments. Not only has the movement brought marine little to the attention of decision-makers, it is also starting to win back the beach, with decreasing amounts of new litter appearing each month.

He vows to continue his beach clean-up crusade until people and their governments around the world change their approach to producing, using and discarding plastic and other products that wash up onto beaches all over the world.

The Chief Guest Afroz Shah spoke affectionately to all the students and through his narratives inspired the audience to join him in the good work he is doing. He had a spark in his eye and said that he saw the same spark in the eyes of the young active citizens gathered in the hall.

After the skits, songs and speeches ten active citizens across schools and colleges in Mumbai were recognized for their acts of active citizenship. Medals were given to these students by the Chief Guest Afroz Shah. It was a moment of glory for the students, teachers, schools, colleges and parents who had gathered there to see the award ceremony. As an active member of the Life skills programme organized by the Youth Wing of CMCA Children’s Movement for Civic Awareness, for the S.Y.B.Com. Students of MNDC, Wajid Ali Shah took the initiative to help six girls in his neighborhood get back into school under RTE Act. He was honored with a medal recognizing his act as an Active Citizen in the CMCA’S Annual programme INSIRATION on 4th August, 2018 in Birla Matoshree Hall, Marine Lines. It was a moment of glory for all of us and for Mr. Shah (father of Wajid Ali Shah) who has present during the award ceremony.

The students and teachers of MNDC College, thank the initiative of Principal Dr. Padma Rangan to organize the CMCA Life Skills Programme for the students of S.Y.B.Com.

International Day of Yoga, or commonly and unofficially referred to as Yoga Day, is celebrated annually on 21st June since its inception in 2015. An international day for yoga was declared unanimously by the United Nations General Assembly (UNGA). The idea of International Day of Yoga was first proposed by the current Prime Minister of India, Mr. Narendra Modi during his speech at the UNGA, on 27 September 2014. He stated:

“Yoga is an invaluable gift of India’s ancient tradition. It embodies unity of mind and body; thought and action; restraint and fulfilment; harmony between man and nature; a holistic approach to health and well-being. It is not about exercise but to discover the sense of oneness with yourself, the world and nature. By changing our lifestyle and creating consciousness, it can help in wellbeing. Let us work towards adopting an International Yoga Day.”

When proposing 21 June as the date, Shri Narendra Modi said that the date was the longest day of the year in the northern hemisphere (shortest in the southern hemisphere), having special significance in many parts of the world. From the perspective of yoga, the summer solstice marks the transition to Dakshinayana. The first full moon after summer solstice is known as Guru Poornima. Shiva, the first yogi (Adi Yogi), is said to have begun imparting the knowledge of yoga to the rest of mankind on this day, and became the first guru (Adi Guru). Dakshinayana is also considered a time when there is natural support for those pursuing spiritual practices.

Mahatma Night Degree College of Arts and Commerce, Chembur participated in the 4th International Day of Yoga 2018. Students of S.Y.B.Com. and T.Y.B.Com. 42 in number participated in the programme “Yoga by the Bay” The Times of India tied up with yoga institute Kaivalyadhama, meditation institute Heartfulness, Shaina NC’s NGO I Love Mumbai, holistic health guru Mickey Mehta, and the Federation of Obstetrics and Gynaecological Societies of India for this special event, which brought together thousands of Mumbaikars eager to try their hand at different asanas.

The Union Minister for Human Resource Development, Shri Prakash Javadekar performed Yoga, on the occasion of the 4th International Day of Yoga 2018, in Marine Drive along with the enthusiastic participants of the mega event ‘Yoga by the Bay’. 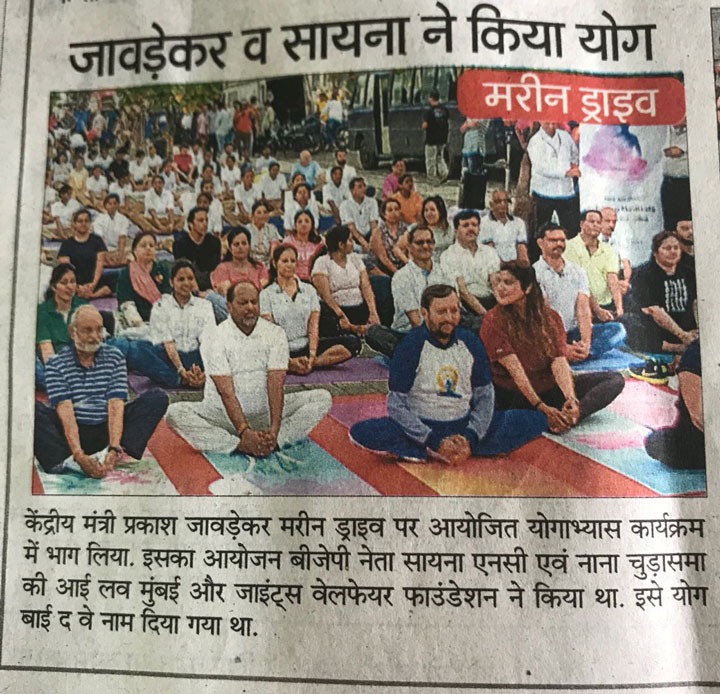 The young yoga enthusiasts, 42 students of S.Y.B.Com. and T.Y.B.Com. of the college were picked up by a special bus arranged for them from the college campus in the wee hours of the morning of 21st June, 2018. Attendance was taken at 5.00 a.m. and the students reached Marine Drive promenade at 6.00 a.m. Dr. Lata Krishnan the yoga teacher of the college, H.O.D. Commerce and Associate Professor was joined by Dr. Nivedita Shreyans, PRO Public Relations Officer of Pillai Group of Institutions to accompany the students to the event. The event started at 6.00 after a brief introduction by host and yoga instructer followed by prayer and yogasanas till 7.45 a.m. The CYP Common Yoga Protocol was followed and the students performed the yogasanas confidently and cheerfully.

Tasty breakfast boxes were distributed among the students post the event and they were dropped back to the college by 9.00 a.m.

Principal Dr.Padma Rangan welcomed the guest with a potted plant and introduced her as a yoga guru, friend, philosopher and guide. Ms. Shilpa Ghone explained the genesis of the term yoga and traced its history. This was an interesting narration which was interwoven with illustrations from real life. Ms. Shipa Ghone lead the talk to yoga and concentration which is a must for young students to succeed in academics and all walks of life. She urged them to practice yoga on a regular basis and guaranteed a positive change in their performances in examinations. Connecting well with the young students, she outlined the harm caused by their hectic urban lifestyle and asked them to adopt the path of yoga for a happy, healthy life. In a frenzy to take selfies and connect on social media, she said it would be worth the while if students stopped and took selfies of “their insides.” This was a thought provoking statement and all in the audience immediately appreciated the need to introspect and check ‘who’ they actually are and ‘where’ they are heading to…

The international day of yoga, was well marked by the college. All credit goes to the Management of the college for their support and encouragement.